October 26, 2021
AI and machine learning can help close the diversity gap, so as long as it is not susceptible to human bias. This was the message of AI specialist, Eric Topham, during episode five of season two of Inside your Brand with Get-Optimal 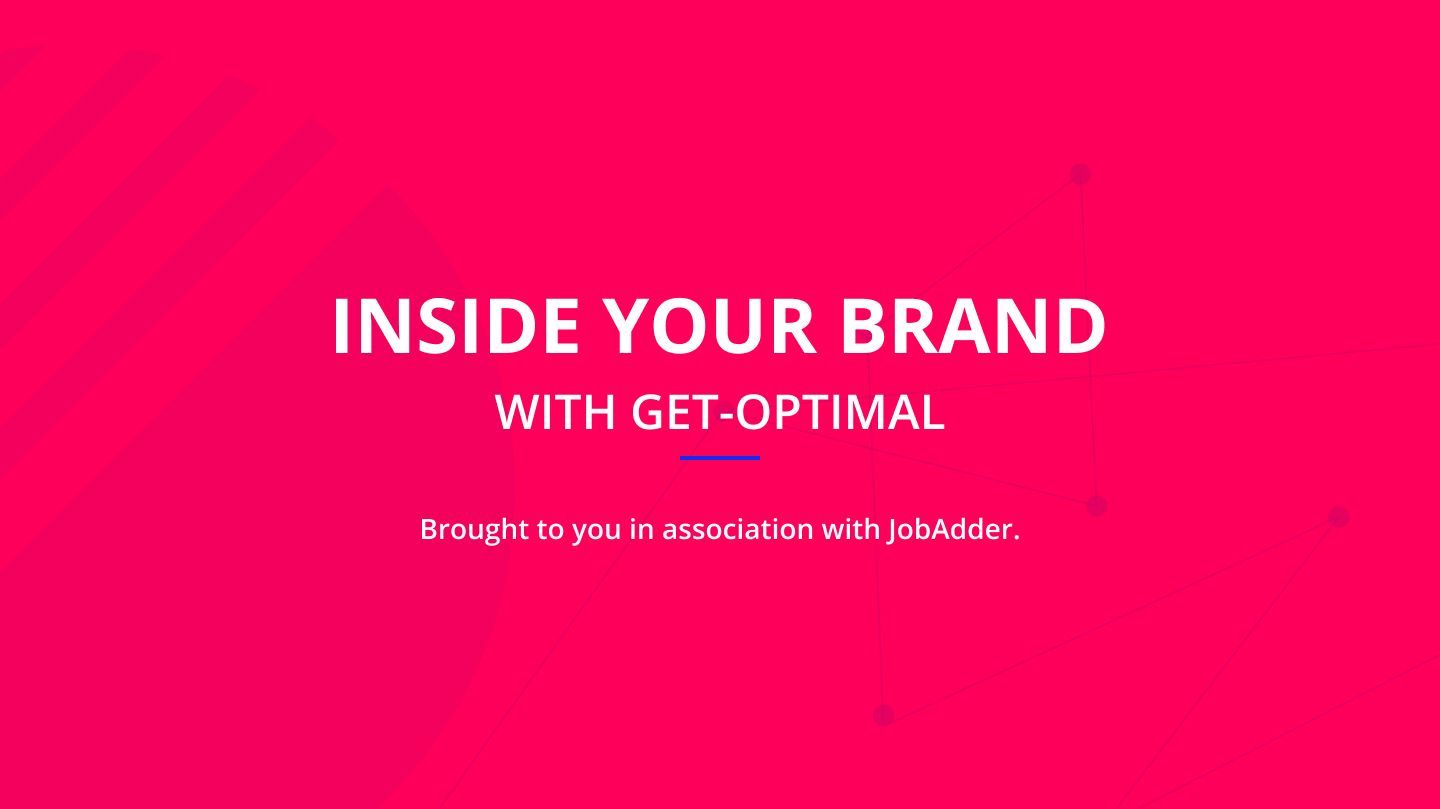 In episode five of season two of Inside your Brand, Eric Topham – CEO of T-DAB (a data science and data engineering innovation company specialising in developing and building machine learning solutions) and interim chief scientist of Get-Optimal – joined host Daniel Fellows to discuss what inclusion and conscious exclusion looks like through the lens of technology.

Topham, who pursued an academic career before transitioning to the commercial world of data science via the public sector, has built up a repetition for being one of the UK's most influential voices and practitioners of AI (artificial intelligence) – he sits as a member of the BIMA AI Council – but remains astonishingly humble.

“At heart, I am a problem solver and the way I like to solve problems is through data, math and algorithms,” he told Daniel.

It was this excitement for data and AI that led Topham to launch T-DAB with business partner, Paul Calver, following a chance meeting on a train.

Topham explained: “I met Paul, my co-CEO, on a train to Southampton – I was going sailing – and I did that very unBritish thing and struck up a conversation across the table, which is a real danger but the moral of this story is that it can pay off!

“By the end of the train journey, we had vaguely decided to set up a business. And a week later, having met again properly, we had a slightly mad but good idea.”

It was down to the host to ask the question on most listeners’ lips: “Had you been drinking on the train?!”

“Actually I was going off to do a sailing race for three days and was responsible, as a navigator, for the lives of eight-nine other people so drinking sadly wasn’t on the table,” replied Topham with a laugh.

Topham used the platform provided to him by Get-Optimal to highlight the difference between Artificial Intelligence (AI, which is basically the ability of a digital computer or computer-controlled robot to perform tasks commonly associated with intelligent beings), Machine Learning (the study of computer programs that leverage algorithms and statistical models to learn through inference and patterns without being explicitly programmed) and Natural Language Processing (NLP, a branch of artificial intelligence that deals with the interaction between computers and humans using the natural language).

“Everyone thinks that AI was created last week but it has been around for 60-70 years. It goes back further than people think,” he pointed out.

What became evident during the 20-minute episode was that Topham believes in using AI for good – smart data means better decisions – and this is what attracted Daniel, the founder of Get-Optimal, a UK based global technology company and diversity and inclusion provider whose core product is job ad optimisation, to bring him on board as an interim chief scientist.

“It’s definitely one of the reasons we are working together,” revealed Daniel who wanted to know how Topham “mitigates for the perpetuation of race, gender and bias in some of the key technologies we have talked about?”

Topham expounded: “Bias is both a challenge and an opportunity for AI broadly, but machine learning more generally. It’s a challenge because when we teach our algorithms, we pass on our biases.

“It’s an opportunity because, if we understand that bias exists and we can find a way to remove it, we have a way to impact processes that humans would naturally bias with ones that we have trained to be unbiased.”

The AI specialist confessed: “It involves a lot of work and conscious thinking on the part of data scientists. We need diversity within the data scientist community so that, when we build something, we don’t just do it one way. Finally, we need rigorous testing to understand whether we have produced something that isn’t biased or have we in fact introduced bias? It’s a multi-staged process.”

On working with Get-Optimal, a company on a mission to optimise up to 50 million jobs a year, Topham said: “What we are aiming for is an end solution that is able to take in an unoptimised and non-ideal job ad and rewrite and optimise the ad into one which scores better, according to a number of KPLs around how the ad speaks to different audiences. We want to make sure the ad is going to drive inclusion rather than exclude at the source.”

Daniel Fellows concluded: “There won’t be an ‘ism we won’t be able to identify and solve! This is very exciting –  an opportunity to use technology to improve what humans are doing.”

Catch episode five of season two of Inside your Brand over on Get-Optimal’s YouTube channel.

Consisting of 25 weekly episodes, season two of Inside your Brand is focusing on Diversity, Equality and Inclusion (DE&I) and Accessibility in the 360-degree sourcing, hiring and onboarding process.

October 29, 2021
IYB SEASON TWO, EP 20 RECAP: DE&I EXPERT, TORIN ELLIS, JOINED HOST DAN FOR THE FINALE
And it’s a wrap. After 20 episodes, season two of Inside Your Brand by Get-Optimal.com has come to a close. In the final episode the show’s host, Daniel Fellows, was joined by global DE&I strategist Torin Ellis to run through the series’ key talking points
view post

October 26, 2021
EPISODE 19, SEASON TWO OF INSIDE YOUR BRAND WAS ALL ABOUT THE IMPORTANCE OF SEO
The internet is a powerful tool for candidates searching for jobs. Today the vast majority of job hunters turn to Google to search for their next role. This means it is critical for companies and organisations to ensure that their Job Ads rank highly on Google, Yahoo!, and all the other Internet search engines out there. In episode 19 of Inside your Brand, host Dan Fellows and guest Ola King discussed why your Job Ads absolutely need SEO
view post