BLACK-OWNED BUSINESSES FACE HURDLES EVEN IN THE WAKE OF THE BLM MOVEMENT, NEW REPORT FINDS

November 3, 2021
Failure to tackle deep-rooted race inequality will exacerbate divisions within British society and the economy, a new report has warned today 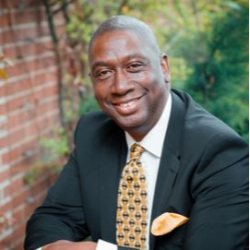 Failure to tackle deep-rooted race inequality will exacerbate divisions within British society and the economy, a new report has warned today.

That's the overarching takeaway of the inaugural Black entrepreneur report published by Dr Carlton Brown, CEO of Aspire Consultancy, in a bid to shed light on the challenges faced by Britain’s black business community.

The timely report examines multifaceted aspects of people’s lives including education and employment, access to finance, mentoring and coaching, and participation.

It reveals that while there are causes for optimism – 70 percent of the Black, African, Caribbean diaspora (BACD) surveyed had gained a Higher Education qualification with 48.55 percent of BACD start-up businesses still trading after five years compared to the national average of 40 percent – Black entrepreneurs are still being held back from reaching their full potential due to systematic organisation culture and unconscious bias.

Fifty-eight percent of respondents thought that their cultural identity had impacted negatively on them gaining access to finance, training, and mentoring. Elsewhere 75 percent of those surveyed stated that – qualifications notwithstanding – they were perceived as being less competent or skilled than other social groups.

Dr Carlton Brown called on policymakers to “level the playing field and give everyone a fair chance to succeed and to thrive. Although organisations have quickly been spinning up diversity programmes after the murder of George Floyd and Black Lives matter the results are yet to be seen, and, for many, diversity and inclusion remain a tick-the box-exercise. which gives the aesthetic illusion of inclusion.”

That's why the Black entrepreneur report presents a number of recommendations to make real progress on Diversity, Equity, and Inclusion (DE&I) – from ensuring equitable access to funding and providing mentorship opportunities to comprehensive, coordinated, and long-term strategies with clear and measurable outcomes to achieve racial equality.

“Today's report highlights just how embedded racial inequality and unfairness still is,”  Dr Carlton Brown told Optimal. “We need to build a fair society in which someone’s race, gender, and culture do not determine their social and economic outcome, within business and life in general.

“More needs to be done to tackle race inequality in business ownership because a truly multicultural Britain that engages and embraces all ethnicities is not only the morally right thing to do but also good for business, the economy, and society at large.”